Foreign media: China has been controlling the epidemic very well and never forgetting to strictly prevent the epidemic during the holidays 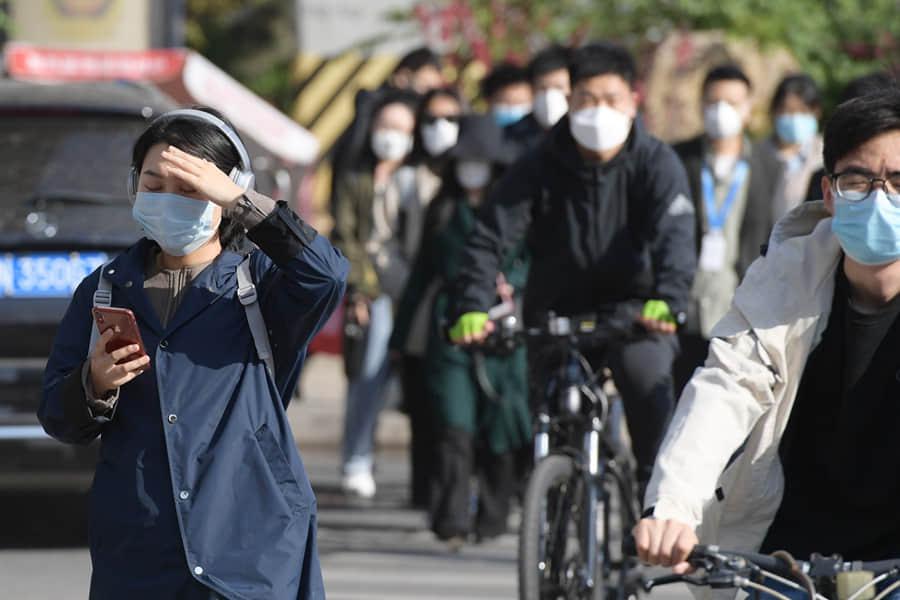 Foreign media: China has been controlling the epidemic very well and never forgetting to strictly prevent the epidemic during the holidays

Japan’s “Asahi Shimbun” reported on May 4 that China entered a five-day Labor Day holiday on May 1. It is estimated that more than 260 million people traveled during the holidays, close to the level of the year before the epidemic. Although you must wear a mask and scan the code to register when taking public transportation, life and economic activities have basically returned to the right track.

According to the report, in China, “zero new local confirmed cases” were achieved in about half a year after the first confirmed case appeared. Whenever a confirmed case occurs in one place, a large-scale nucleic acid test will be carried out immediately, and the relevant area will be completely blocked. Sometimes, in just a few days from the discovery of a case, the number of people tested will exceed tens of millions. In fact, the virus has always been “controlled,” and the self-confidence of China’s health authorities has also been increasing.

The report pointed out that personnel exchanges with foreign countries are also under strict control. Since the end of March last year, the number of international flights has been restricted, and immigrants are required to undergo a thorough quarantine at designated hotels for at least 14 days, are not allowed to contact the outside world during the entire process, and undergo multiple nucleic acid tests during the period. In order to avoid excessive pressure on the number of hospital beds in certain areas, the first ports of entry for international flights have also been dispersed to multiple cities within China.

According to a report from the Latin American Agency Beijing on May 3, the Ministry of Culture and Tourism of China pointed out in its newly released “Notice on Further Strengthening the Prevention and Control of Epidemics in Traveling during the May 1 Holiday” that cultural and tourism departments in various regions must strictly implement the epidemic. Prevent and control measures, guide tourist attractions to further implement the requirements of “limited, appointment, and peak shifting,” strictly regulate the wearing of masks, and strengthen ventilation and disinfection management in closed spaces such as museums and cultural and entertainment venues.

According to the report, the Ministry of Culture and Tourism also requires strengthening the maintenance of the security system of all cultural and tourist sites across the country to avoid accidents when receiving tourists.

It is estimated that during the May 1 holiday, which lasts until May 5, the national passenger traffic will reach 265 million passengers. China has been well under the control of the new crown epidemic.